Drinking bottled water might not be as safe as we all assumed. In fact, several popular beverage companies are currently under fire due to researchers at Orb Media, a nonprofit journalism organization based in Washington, D.C., finding plastics in bottled water.

According to CBS News, more than 90% of some of the most popular bottled water brands have been found to contain these tiny particles of plastic, including:

The team at Orb Media along with scientists at the State University of New York examined 250 bottles of water from 11 brands bought in nine different countries.

While conducting their study, the Orb Media team found an average of 10.4 microplastic particles about the width of a human hair per liter. They have concluded that “a single bottle can hold dozens or possibly even thousands of microscopic plastic particles.” Their tests also revealed that some bottled water contains “a much greater number of even smaller particles that are also likely plastic. The global average for these particles was 314.6 per liter.”

Can These Plastics Impact Health?

Unfortunately, right now, that question doesn’t have an answer. According to Business Insider, scientists don’t know how ingesting these plastics can impact one’s health just yet. The World Health Organization (WHO) has plans to investigate this matter further to determine if drinking bottled water can result in a health risk. Their goal is to review all the evidence and come up with a “research agenda to inform a more thorough risk assessment.”

What About Tap Water?

Sadly, tap water isn’t free from these plastics either. According to a separate study conducted by Orb Media, “Virtually all the world’s tap water is contaminated by microscopic plastic fibers.” For this study, the Orb Media team found microplastics in 83% of the tap water samples they collected from over a dozen countries on five different continents.

Unfortunately, these microplastics aren’t the only contaminants found in tap water. Plus, municipalities often use chlorine, chloramine, or both to eliminate bacteria from a city’s water supply, both of which can be dangerous for drinking and even bathing.

And, chlorine and chloramine aren’t the only unsafe elements that may be lurking in your tap water. While municipalities treat and disinfect water for their residents, it is often left with other chemicals and metals, including:

The Best Method of Protection

Whole house water systems offer whole body safety because they treat all water in the household by filtering it from the main water line, which is considered the “point of entry.” They eliminate additives, pollutants, contaminants, odors, and particulates from both your drinking and bathing water. 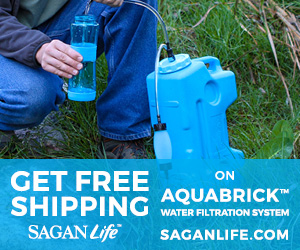